Weaner prices in Europe are skyrocketing

The average EU weaner price for the first week of December stood at €63.75/head.

Weaner prices in Europe are skyrocketing

The "pig meat vortex" created by China in the global market is having a big impact in the EU weaner market, where prices are exploding. In just one month and a half, the average price has jumped from €53.58/head to €63.75/head. 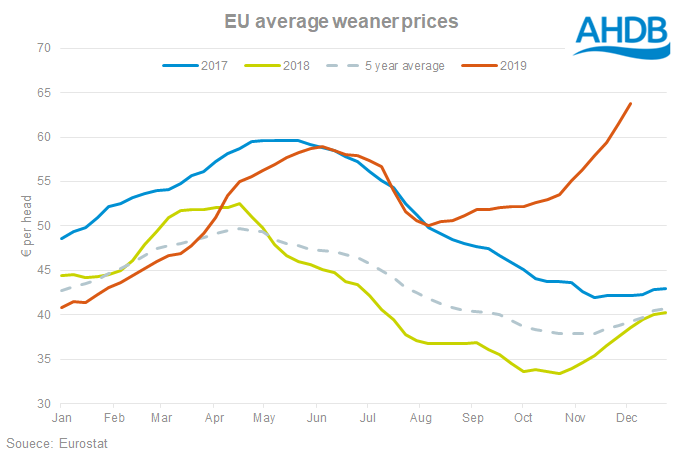 "The weaner market usually strengthens at this time of year, but the latest price is the highest on record. The lively market for finished pigs has undoubtedly influenced the weaner market, which has unusually been on an upward trend since mid-August. Weaners have increased in value by 27% in that time, no doubt supporting the profitability of EU piglet producers. Noticeably, the stronger rising trend in finished pig prices in the past two weeks has also been reflected in the weaner price. The recent extensive growth in the EU average weaner price was encouraged by large rises from several key markets," commented Bethan Wilkins, senior analyst, AHDB.
The largest variations in prices were seen in the Netherlands (+€19.50), Belgium (+€17.00), Spain (+€15.56) and Germany (+€12.00).

With the purpose of advancing in the control and eradication of African swine fever (ASF) in the ...

Enhancing profitability by improving the health and welfare needs of a flock is challenging for p...

“Hormel Foods is a distinctly different company than it was a decade ago, with a food forwa...

Sales under threat for Beyond Meat