Poultry prices in the global market are down

The observation was presented by ABPA after export revenues have dropped by 18.4% in September.

Poultry prices in the global market are down

Brazilian poultry exporters have seen lower revenues last month due to market condition all over the world. Exports of chicken meat generated $ 479 million in September, a reduction of 18.4% in the annual comparison, according to data compiled by the Brazilian Association of Animal Protein (ABPA). The sharp drop in foreign exchange revenue reflects the devaluation of chicken meat prices on the international market, says Ricardo Santin, president of ABPA.
In volume, shipments from Brazil to foreign countries also fell, but at a slower pace. Last month, Brazilian slaughterhouses shipped 345,000 tonnes of chicken, down 2.3%. The president of ABPA argued that the drop in chicken shipments in the month was caused by the delay of ships, which postponed some shipments until October. 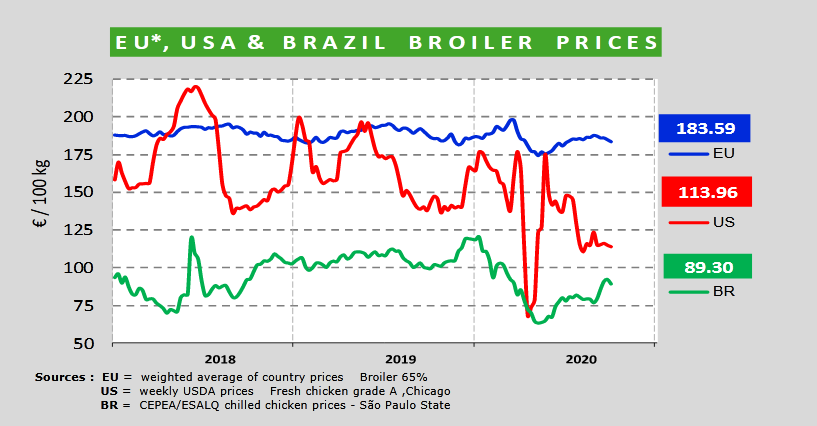 In the European market, the broiler average price is now €183.59/100 kg carcase weight, down 1.9% from last month and 1.5% compared to the same period last year. Prices have also declined in the US market, while in Brazil are slowly climbing thanks to increased demand in the domestic market (see chart above).

AHDB sets target on ME markets

"There is room for us to take a larger share of the 90% import requirements for the region (the M...

China is to play an important role next year in the international meat trade. Volumes of ...

Demand for US pork rebounds in several key markets

AHDB sets target on ME markets